Home / APS Together / The Little Hotel by Christina Stead | Day 4

“I made a mistake and did not think the Italian people would accept Mussolini and then I kept saying he would last only another year or two.”
Many moments of dialogue in this novel contain haunting parallels to the present, especially when the characters admit their naiveté in the years leading to World War II.

“Stead transforms a comedy of manners into a satire with the dispassionate brutality of a folk tale.”
Lisa Gorton writes in her intro about the element of folk tale brutality in this novel. Stead pours a number of literary traditions into the pot of this book, and then turns up the heat.

“The Mayor was always very bright…he stepped off the train at the very first stop the express made in France. Perhaps he is still having a good time.”
I admire Stead’s choice to leave her wild mayor of nowhere having a good time somewhere. I will miss his exuberance, though, in the rest of the novel. 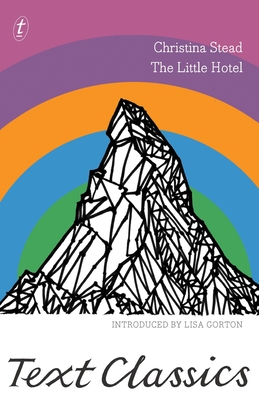