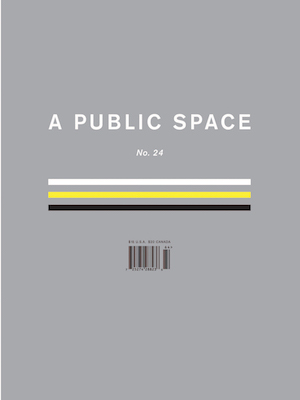 What one is known for, what is presented as a life’s work, is not an entirety. These other interests, away from the perfectionism and public attention of primary pursuits, could offer another, less guarded view.

I begin to feel uneasy and then I disappear.

Translated from the German by Alexander Booth

Dreams of a Year

In 1947, Dorothea Tanning was already known as a painter when the magazine Les Quatre Vents published her story “Dream It or Leave It” in an issue devoted to the Surrealists, revealing her as one of the group’s rare members with talent as both a visual artist and a writer.

Have You Ever Dreamed of Flying?

For Dorothea Tanning, 1947 was a year of realized dreams.

Dream It or Leave It

I am afraid, too, of unforeseen events, cats, acts of violence, sickness, steep hills, the power of the unknown and my own potential. All unsurprising fears.

Translated from the French by Tess Scriptunas and Pamela S. Johnson

Sometimes I think the only true and satisfactory means of contact with those we love is by writing rather than talking.

Ellington: A Sort Of Memoir

You are about to witness a remote and covetous collaboration between flower and beast.

It’s not so much a matter of finding a fictitious self, but rather locating how to inhabit a space with presence.

Unfit for the Front Line

The painter in Italy during the First World War.

Translated from the Italian by Stefania Heim

At moments like this I begin to think we’re at the beginning of a new millennium, a new vocabulary, a very new perception.

Translated from the French by Jeanine Herman

The Core of the Problem

Accomplishment in fact / Is exhausted rejection

Translated from the Chinese by Margaret Ross

Nietzsche says that we live / our lives to live them again, / exactly as they were lived.

That Time in Me: Amulet (Love Sonnet to Letters)

All a ghost wants is to be chained / to a place, to someone who can’t forget / her.

We like to say we hate the visual arts, / the ways adults address their children and pets, / the open sore or sewer we call the sea.

This Economy of Claws

Maybe those women felt as mercurial and blurry as she often did. Well, not blurry, exactly: incompletely inventoried. Like a house with unexplored rooms.

For him, it was a mediation / of desire, the word in his / wooden tongue.

It Was Your Birthday Again

I watched her once unhook dead branches / from a living tree.

Beautiful words / transform into birds of light / inside a crystal eye.

Translated from the Japanese by Yuki Tanaka and Mary Jo Bang

It has taken me a light-year to not come to terms with dying.

Like many of you humans, I enjoy lifting small, living things, because sometimes they fear me

Translated from the Arabic by Marilyn Hacker

Poem in Which You Become a Detective

Something bad, something sequential, is happening to you. / Maybe not to you, but in the place you’re standing.

A Small Sacrifice for an Enormous Happiness

No ruse better than a woman in the home, Nikhil had argued over a year ago, and eventually Sharma had agreed.

The Future of Statues

He wanted to be equal to the gaze of the sky.

Your heart burned like you had hot charcoal on it, and your tongue tasted like bitter lemon.

You were so far away from her and too scared to close the distance.

My sister and I were only small-scale sinners.