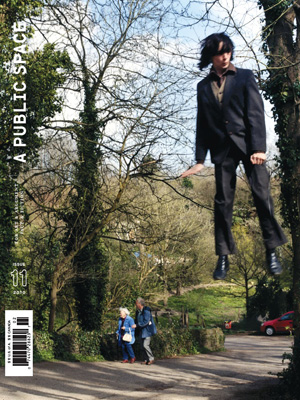 Wanting to Be a Fact

In Max Frisch’s strange and beautiful little novel Man in the Holocene, an old man named Geiser is trapped in his home in an Alpine valley in southern Switzerland by the collapse of a supporting wall that blocks the highway to the tiny village.

You Had to be There

No one jokes with me when I go to Tehran.

I’m Not Crazy About That Part

One of my biggest fears is that I will die because I have talked too much.

I Was a Microagent of the Body Guard

How to Fall in Love Properly

Slowed a little by a stone in my shoe, I arrived in Galway City a while after dark. Galway City, the Sodom of the West!

Julia Grant’s Opera Shawl and All That it Suggests

The Grants moved into a brownstone on East Sixty-sixth Street—financed by the general's supporters—in 1881.

Interiors and Exteriors in the Life of Julia Grant

The house at 3 East Sixty-sixth Street was the third from the end in the Grants’ lives together.

Toying with a gun as a train goes past / June is what I’d imagined, dark / intermittent woods set off / by the whiteness of a collar, a book / I can’t believe we’re left alone with.

On the morning of his ex-wife’s appointment, Kenneth Rivers still owed her an RSVP.

Poems routinely solicit—they may even include outright—generalizations about everything from barbecue methods to categorical imperatives, but they raise special puzzles, or paradoxes, when they solicit generalizations about themselves, since good poems try to be as unlike one another as possible.

This is the book of three diseases.

Now the fever root, / the marsh weed, the marigold.

Incandescent, black body / your soul is on the floor.

I Was Married and You’re Supposed To

Do you think everything you’re supposed to think?

My living brother / is treating us to dinner.

The Science of Parting

You’re a wet thing in my throat: oyster.

Praise Song for the Donkey

Praise the Mohawk roof / of the donkey’s good & grey head

The ice encases the branches / of trees as if beauty can just.

No Vehicles Beyond This Point

the way orchestra sounds in birmingham / that’s my sound.

I was lost before I returned.

Having fixed the typewriter, / eaten the oranges and eggs / the house’s owner left, I sat / at the white table and tried to tend / to the need for deepening sacrifice / without upsetting my urge / for everything to be responsible / and pure.

Lair and Refuge: I Work at Home

The Collector—wearing an oilcloth hat, overcoat, and soaking-wet boots, slogged through rain, a fish-shaped basket of gray willow sealed by a flap of leather across his shoulders.

The 1970s were Charles Newman’s decade.

A decade ago, I was Charles Newman’s student in St. Louis. A celebrated novelist came through that fall to read a list of current faculty when she stopped at a name. “Newman? Charles Newman?” she said. “God, he’s an icon.” By the time I came into his life, he drank too much and ate too little.

The Five-Thousandth Baritone: A Masque in Five Parts

All that we know definitely about Purcell’s history as a choirboy is that his voice broke in 1673... beyond that lies the territory of invention.

It had all taken longer than it needed to, of course.