In the late 1970s, when I was coming up as a poet, Worcester, Massachusetts, an oversize mill town, was the unlikely center of poetry in New England.

The Worcester County Poetry Association sponsored poetry readings, often two in a week—usually one poet with a first book out, and another, bigger name. Over the next several years I remember so many poets coming to town: Gwendolyn Brooks, Robert Bly, Tess Gallagher, Donald Hall, Sonia Sanchez, Galway Kinnell, Seamus Heaney, Mary Oliver, Czesław Miłosz. The WCPA held an annual contest and sent the winners and other local poets to do readings in libraries in the surrounding towns, and actually paid them, well, at a time when beginning poets were expected to read for free, or at best, pass the hat.

Then Etheridge Knight came to town, for a reading, for a woman, and before long, started the Worcester Free People’s Poets and Artists Workshop. I heard the story later—how Fran Quinn drove Etheridge around one night, looking for the right bar. He had very specific criteria: it must be a townie bar, not a college bar; it had to be on a bus line, so everyone could get to it. City Hall was the hub for all the buses, and the bar he chose was on Franklin Street next to the Common. Circe’s—a door or two down from Samson’s, a deli where I’d hung out after high school ten years earlier, one of us buying a burger so we could sit at the table, and the rest of us munching on pickles, next to the closed Capitol Theatre where I’d watched countless movies—one of those old, elegant theaters with balconies and chandeliers, and Ephraim’s on the corner—a maze of a bookstore with books piled high and no discernible aisles, just paths you could meander through, where science fiction might be next to books on philosophy, Shakespeare next to Watson and Crick. Was Ephraim’s still there when the workshop started? I can’t remember—but there was another newer, more orderly bookstore around the corner, and the library just a block away, so Franklin Street in my mind will always be connected to literature, movies, food, and drink.

Circe’s. The bar ran along the right side as you walked in, and tables filled the rest of the space. On Monday nights we pushed those tables together, twenty or thirty of us, sometimes more. The first time I walked in, the Lebanese American poet David Williams was standing, reading a new poem, his hand slapping the table, his voice musical and rhythmic. “The people I come from were thrown away.…” I still remember lines spoken aloud, the particular timbre and rhythm of those words in that place. Chris Gilbert, from “Saxophone:”

Adelle Leiblein, “the air around a wild peach.” John Hodgen, from “For Mr. Grimes Who Tried to Teach Me Physics After My Father Died:”

He said that a boy
standing at the end of a moving train
could toss the red ball of his life
up into the heavy air
and catch it again.

And again, Williams, who articulated what we were all trying to do: “I need to join with everyone trying to say something true.”

There were only two rules: no weapons, and no screwing with someone else’s partner. There were no rules about how to workshop. You had to have a thick skin. Criticism was rigorous and not gentle. I remember going home angry and determined to make the poem better, to redeem myself the next week. An experience was not enough, it had to become art, it had to need to be a poem. 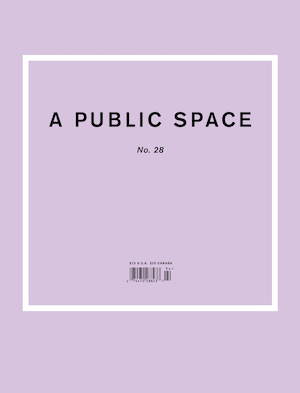 Cheryl Savageau is the author of the poetry collections Mother/Land (Folio) and Dirt Road Home (Curbstone). She teaches at the Bread Loaf School of English at Middlebury College. Her memoir, Out of the Crazywoods, is forthcoming from University of Nebraska Press.