Fascination with the other morphs into a need to control. Mioajin captures that idea so acutely and darkly with National Crocodile Month, “an opportunity” for crocodiles to register with government agencies.

Lazi’s final letters to Shui Ling are hard to read, especially given that they feel like they’re written into silence, with no response. But they do enable her to say “I wish the best for you, & I am grateful,” which wouldn’t have happened in person.

Lazi’s fixation on Xiao Fan is simultaneously electric and awful, and full of thrilling writing including this: “She was like a freewheeling bachelor who was being forced to masquerade as a woman.” Lazi craves the larger than life. (See Meng Sheng.)

Though Lazi is upended by the fight with Xiao Fan, it does give her a fix of the intimacy she’s had to “lock up.” It also gives her the chance to be hilarious, if in a sad way: “You should just pretend I’m your building superintendent!”

I don’t think I’ll ever get over the fact that Lazi listens to Dan Fogelberg and Don McLean as wake-up music, but that is my problem, and who knows—maybe she hears their hidden subversive strains, and irony's the comfort she needs. 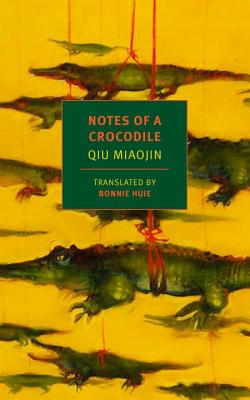