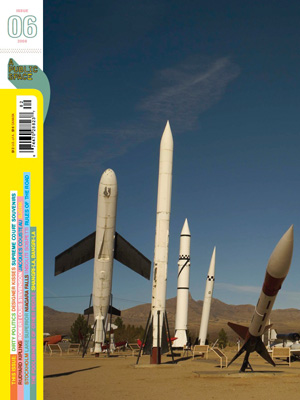 I was in Stockholm recently.

Bright: How I’d describe the sky over Reykjavik at 11:36 pm.

Adventures for the Contemporary Explorer

I was sitting in the living room the other night trying to get through Middlemarch, the same thing I’ve been doing for most of this decade, and my ten-year-old son and his buddy kept interrupting to ask questions as part of this game they were playing.

The Sound of Being Alone

Inside my head are sounds.

Lev has worried all afternoon that his niece and her husband won’t find his house.

Politics Is a Craft

From the Hills of Fauquier County

In September 2003, the descendants of John Marshall, the fourth and arguably greatest Chief Justice of the United States, gathered at the Richmond Marriott for a weekend of cocktails and lectures.

My sad heart slobbers on the deck, / My heart all smeared with navy plug

Translated from the French by Luc Sante

The bridge once passed

Translated from the French by John Ashbery

My friend, I could wander / Around out here for years

It is difficult to write an aubade, / a song about noon, or a few crepuscular lines

I was almost completed, but I could not blink.

Mesmerizing / & insistent as they might / be, even educated hands are / not thoughtful.

I’m glum about your sportive flesh in the empire of blab, / And the latest guy running his trendy tongue like a tantalizing surge / Over your molars, how droll.

Open hangs his head and begins to mumble.

I had a dream I was killed in my sleep

The pool was covered by a sheath of leaves

Italy is a country awash in contradictions: short on nationhood, long on national heritage; Catholic in name and skeptical by nature; intensely proud yet eager to point out its own flaws; a place too puzzling for words that nonetheless elicits the unequivocal sigh, Only in Italy.

The Dead at the Table

For starters, he would tell him that what he liked best about the new house was the view of the Unter den Linden, because it made him feel at home still.

Translated by Will Schutt

Feeding on Mystery: An Interview with Marcello Fois re: Noir, Regionalism, and Geography as a Cloak

One evening a few years ago in March, I drove from Bologna to Ferrara.

The Eyewitness Effect: An Interview with Antonio Scurati re: The Writer in the Twenty-First Century

For the past few years, Antonio Scurati has engaged in a pointed, provocative controversy with what might be called the old guard of the Italian intelligentsia, which Scurati considers to be locked into useless, obsolete forms of political and cultural engagement.

Translated by Will Schutt

The child opens her eyes and discovers it’s still dark out.

An Hour of Hate

For a good many years last century I carried weapons.