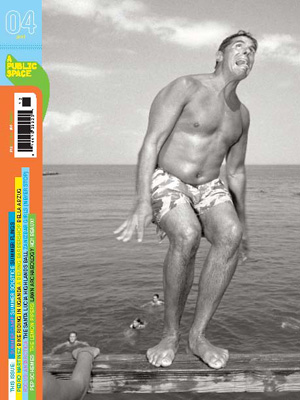 “They hung a white Jesus in the hallway,” I told my sister.

If pigeons had brains, and in turn the power to imagine dying and what happens afterward, they would have dreamed up Philadelphia as their heaven.

After awhile I avoided looking inside.

As we approached the shimmering Nile River, we started to see soldiers lining the roads.

A blissful life of peace and sweetness / was the life they led in the former age.

Song of the Broken Clocks

The broken clocks inside the clocks were singing. It was February.

Greedy thing, we called the dingo bitch who hung around camp / mustard brown with black streaks and filmy eyes.

Why do the Outmoded Maintain Themselves So Resolutely?

I am the prank / of smiles and summer easiness / where nothing else is / or could be.

when we met, I still in the stony-take / throes of accretion, you rapt in the grainy / phenomenon of disintegration.

Thought for a Stalled World

In early June, a late frost, an airplane coming apart above us, / and then catching hold, / the dogs down the street lunging at each other, / and the grass in your hair from yesterday / still there.

Alongside the Desiring Machines

I did not think over / the bone’s curve / buried and grown.

The Sleep Touches Everyone

The sleep touches everyone. The sleep is pinned to the junipers / wracking their collective sunshine for the answer.

“as long as i have something planned out / ahead of time…” you see this guy / is helping teach workshops, he must be phil / in dream, a younger man who can’t / come next week but it’s ok I say

It was getting late when I learned how much I liked the red brick buildings; here’s one with an octagonal tower!

Six months after her husband died, Lily Weilerstein found his sex diaries buried in the back shelf of the cedar closet in the hallway of the Upper West Side apartment that they had lived in together for almost forty years, since the Age of Possibility as Walter had referred to it in retrospect, back when they were almost young.

The Ridiculous and the Sublime

I was born in Invercargill—called by Rudyard Kipling "the last lamppost in the world"—so I grew up knowing that if I got in a small boat and rowed south for a very long time, I would eventually bump into an iceberg.

Aurora australis is an atmospheric effect—“the southern lights”—equivalent to the northern aurora borealis.

Degomble: To remove the small balls of snow that have hardened on one’s hair. After a long day on the ice, huskies and bearded gentlemen require a particularly thorough degombling.

I had never met Beavis before he and I were put on the PEP scheme together.

Anne Noble has been researching and photographing Antarctica since 2001.

Impressions on the March

The seductive folds of the sleeping bag.

The Fire on the Snow: A Radio Play

I am to break into the conversation / With a word that tastes like snow to say; / I am to interrupt the contemplation / Of the familiar headlines of the day

The Republic of the Southern Cross

There have appeared lately a whole series of descriptions of the dreadful catastrophe that has overtaken the Republic of the Southern Cross.

It would seem simple for most: my brother, who still lives in Boston, has managed to get tickets to game two of the American League Championship Series between the Red Sox and the Yankees, enough for me to take my son and two friends.