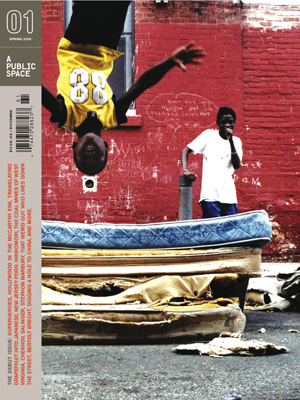 Letter from the Editor

Over the course of the past year, the recurring debate over the value of fiction seems to have intensified. Why do we read it? Why do we write it? Does it still matter?

Chances are, if you lived in southern West Virginia in the middle of the twentieth century, my grandfather had his hands on you, either on your way in or your way out.

Hungry from travel, we hit the hotel restaurant.

And the Women Are Tutsi

Hope Azeda is a beautiful woman.

Inspired by a True Story

“Every journalist who is not too stupid or too full of himself to notice what is going on knows that what he does is morally indefensible.”

A child glanced up at her father and they named that Buttercup.

My CV would be incomplete without mention / of this Russian kid with the Down syndrome / whom I taught English.

You may wonder about the name of this city we are weaving through by tram, whatever city it is we are in.

A Panic that Can Still Come Upon Me

You find yourself in Act II of Three Sisters.

The Life of Galileo by Bertolt Brecht was first performed in 1947 at a theater on La Cienega Boulevard, and Charles Laughton played the role of the famous scientist.

An Illustrated Guide to Copper Extraction

A closer look at one of the two manmade locations on earth astronauts can see from the moon (and a few things it has to do with the other).

You haven’t been invited inside that house for three years because Sarah—and she mentions this often to Edgar—doesn’t like the way you look at their girls.

In the early eighties, my Japanese grandfather, a poet named Ikuro Saeki, sent me an LP by a Japanese trio called The Yellow Magic Orchestra.

Well, we didn’t grow up to love who we are. We always wanted to become something else.

Haruki Murakami on Salinger, The Great Gatsby, and Why American Readers Sometimes Miss the Point

The Maiden in the Manger

With this trip looming over him, it was only natural that he should feel anxious about oversleeping.

Translated from the Japanese by Michael Emmerich

I mean, I never cared about prestige. I was much more concerned with making money.

Bloody Self-Portrait of a Beast

“Your play about the young aspiring boxer is getting glowing reviews, isn’t it? My sincere congratulations.”

Translated from the Japanese by Justin Simon

Sometimes I ask myself: How many swimming pools have I encountered throughout my life?

Translated from the Japanese by Motoyuki Shibata

We know that humankind has sat around its fires from time immemorial and told its tales, and told them again, elaborating and refining.