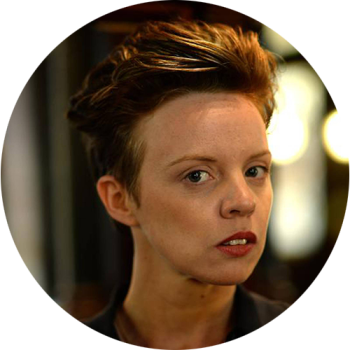 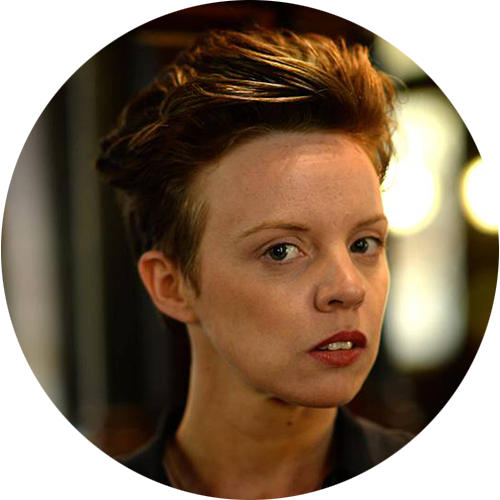 is the author of two novels, Solace (Scribner) and Tender (Lee Boudreaux); and the editor of A Kind of Compass: Stories on Distance (Tramp). 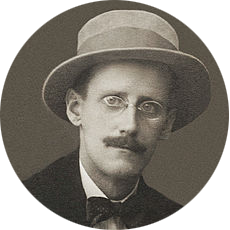 (1882–1941) was an Irish novelist, poet, and short story writer. His major works include the story collection Dubliners and the novels Ulysses and Finnegans Wake; as well as the posthumously published autobiographical novel Stephen Hero.

Though of course it’s the consequence of a large chunk of the manuscript being lost, still there’s something energizing, isn’t there, about being plunged into the narrative mid-sentence; in the middle of a sentence, indeed, which doesn’t entirely make sense, no matter how we build out its full version: anyone spoke to him mingled a too polite disbelief with its expectancy.

Chapter XVI: Stephen Daedalus is self-isolating. Don’t come within six feet of him. He’s pursuing his art, writing poems, and taking it very seriously indeed. When the College of Cardinals gather to elect a new pope, they’re walled into a chamber of the Vatican for however long the voting takes; it’s with a comparison to this kind of separation from the rest of society that this chapter opens. Except, of course, that Stephen considers himself even more separate than the cardinals, because at least they have each other as they quarrel over when to send up the white smoke; Stephen considers himself utterly apart.

An unstable home-life, threatening ever more towards violence; that’s the backdrop of Chapter XVII, both in Stephen’s own life and in the life of Ireland itself, as the appetite for revolution against British rule grows. Stephen’s father fears that his son is “falling into bad company” (nobody tell him that Stephen is the bad company), and that his evening walks with his younger brother risk corrupting the latter to “idle habits,” so they must stop; he’s also to pull himself together at university and succeed “brilliantly” at his looming exams, or forfeit his education altogether.

This short chapter is in effect a vivid set-piece in which Stephen encounters an old classmate from Clongowes, the private boarding school run by the Jesuits at which Stephen was a student until his father could no longer avoid the bills. The old classmate, Wells, is now in training for the priesthood, something Stephen fails to notice at first when they meet in the street; “are you in mourning?” he asks the other man, quite seriously, of his black clothing. Wells laughs and tells him that he clearly doesn’t know his church when he sees it.

Stephen is working obsessively on his paper for the Literary & Historical Society. His labors are fueled by a conviction of the importance of his voice (“a voice of my generation,” he might say); he wants nothing to do with “the programme of the patriots” which is gathering force around him, and puts his energy instead into building his own aesthetic theory. If there is a reader who could get through Stephen’s disquisition on a free art without having their eyes glaze over, roll into the back of their head or dart towards the decidedly non-Aquinian space of their phone, they deserve a medal.

Stephen’s notoriety has been considerably enhanced by news of his encounter with the Very Reverend Dr Dillon; exaggerated accounts of the conversation are doing the rounds, and Stephen makes sure to exaggerate them further. His brother, Maurce, is unmoved, however; as Stephen tells the story yet again, Maurice is thinking about how different it makes him feel to walk on the ball of his left rather than his right foot. It’s curious to see Joyce presenting Maurice, who has up to this point been a devoted and intellectually curious listener for Stephen, as something of a comic foil here; is this a way of confirming just how unbearable Stephen, as he CONTINUES to prepare for the debut of his paper, has become?

Stephen’s bond with Cranly (based on Joyce’s own college friend JF Byrne) is growing; the friendship as it develops in this chapter, set in late spring at the time of the college exams, has the air almost of a romance. Night after night, the two young men talk for hours in the library and walk arm-in-arm through the streets of Dublin, deep in conversation. Cranly even has a skill for dismantling Stephen’s monologues: he interjects with so many questions, of such a purposely basic nature, that Stephen sometimes just gives up.

There’s great energy in the language with which Maurice Daedalus criticizes Cranly, who has gone to be with his family in Wicklow for the summer; we’re told his opinion of his brother’s friend stems “not from jealousy but from an over-estimate of Cranly’s rusticity,” which leaves one to shudder at what kind of insults Maurice might cook up if he really were jealous. Cranly is rustic, firstly, which for Maurice means that he is “a mass of cunning and stupid and cowardly habits,” he never thinks until someone speaks to him “and then he [gives] birth to some commonplace which he would have liked to have been able to disbelieve.”

This chapter opens with the wrenching description of Isabel’s death. What’s striking about the structure of the scene is the bluntness, the plainness with which it begins—“Stephen was present in the room when his sister died”—before it sweeps back, almost in spite of itself, to a much fuller, more emotionally charged account of the child’s last hours and of the effect on the family members who were with her.

Stephen Daedalus, #payartists advocate. You won’t catch him contributing to anything “for the exposure.” His friend McCann is editing a new journal—created by the Jesuits to distract from a bout of bad press—and he’s hoping for an essay from Stephen. But not something incomprehensible, “something we can understand,” he says. “Condescend a little.”

It’s not so much that Stephen regrets his conduct towards Emma, but that he is cast into doubt whenever he thinks about it, and he does not like being cast into doubt. Has he behaved like a lunatic? Well, no, no, says his friend Lynch, but he has certainly gone about things “strangely.” Would there have been something less lunatic about proposing marriage, Stephen demands to know? Hardly anything sane about the promises that the Solemnization of Marriage obliges a man to make, he says. Joyce himself, by the way, did not much believe in marriage. Already when he was writing Stephen Hero, he had met and was living with Nora Barnacle, but it would be 1931 before they were formally wed, and only then to ensure inheritance for their children.

And so we come to the final chapter of the manuscript as Joyce left it in 1905, though additional pages which precede this manuscript numerically were acquired separately in 1950 (by John J. Slocum) and will be discussed tomorrow. The history of the manuscript of Stephen Hero is somewhat chaotic, as perhaps befits its central character, or rather the effects he is content to leave in his wake. Because Stephen himself is not chaotic; Stephen, as we see again in this chapter, is focused, determined and “untroubled” by the things that preoccupy others, from his father’s drunkenness to the expectations the Jesuits have of their students to the project of nationalism with which so many of his peers are obsessed.

When Joyce moved to Paris in June, 1920, he left his literary manuscripts with his brother Stanislaus in Trieste; soon afterward, at Joyce’s request, Stanislaus sent the bulk of those manuscripts to him in Paris. Sylvia Beach eventually offered these pages for sale, and they were published in 1944. But in 1950, John Slocum purchased from Stanislaus an additional twenty-five pages, and they were printed as we find them here, by New Directions, in 1963.