Share:
#TolstoyTogether 2021 is a virtual book club to read War and Peace. From Wednesday, September 8, through Wednesday, December 8, we will be reading Tolstoy's novel alongside Tolstoy Together: 85 Days of War and Peace with Yiyun Li. For more information on how #TolstoyTogether works, as well as the full reading schedule, click here.

Every morning, Yiyun Li's notes on the day's reading will appear on this page. An overview of the week's conversation will be included in A Public Space's weekly Saturday newsletter. You can sign up here to receive it.

Paging through Tolstoy Together: 85 Days of War and Peace—a book about reading Tolstoy's epic novel together last year—I have found myself exclaiming with joy: to experience a novel of multitudes with a multitude of minds.

Last year, at the beginning of the pandemic, I was fortunate to have readers around the world join me for a journey through War and Peace. Tolstoy Together encapsulates that extraordinary experience. In September, when this communal reading journal is published by A Public Space Books, I invite you for an encore book club to read Tolstoy's novel.

Whether you are a first-time reader or a re-reader of War and Peace, whether you were part of last year’s journey or you are new to the endeavor, I hope you will be able to join us. We will read War and Peace along with Tolstoy Together—looking with more than one pair of eyes, and conversing with our fellow observers from last year. It will be like a party of the best kind.

Ever yours,
Yiyun Li

Day 10 | September 24
Volume I, Part II, iv-vii. (From “The Pavlogradsky hussar regiment” to “'Put a stick between your legs, that’ll do you for a horse,' rejoined the hussar.")

In the war chapters, Tolstoy never lets Andrei and Nikolai out of our sights for long. They are like two strands of a double helix, carrying the war narratives between them.

Comparative reading of armies on the move: the image of the bicycle troop from A Farewell to Arms and the wave-like soldiers in War and Peace. One master of war literature learning from another master.

From Tolstoy: the soldiers move like monotonous waves, and an officer is like a spray of white foam.

From Hemingway: the supernaturally smooth movement of the German helmets on the bridge, revealed to be men on bicycles a moment later.

Someone once told me that she skipped the entire war part of War and Peace and there was no loss, but how could she know what she missed without reading? Bragging about that is like bragging about bypassing a pandemic.

Timokhin, speaking of Dolokhov: “In Poland he all but killed a jew.” This one-line detail brings to mind Isaac Babel’s devastating story, “Crossing the River Zbrucz.”

“You are looking at the unfortunate Mack.” Really a (s)macking way of storytelling. We are all macked.

A priceless observation from Carl Phillips (@CPhillipsPoet) from last year’s reading, from TOLSTOY TOGETHER, 85 DAYS OF WAR AND PEACE.

Day 8 | September 22
Volume I, Part I, xxiv-xxv (end of Part I). (From “At the appointed hour” to “shook his head reproachfully, and slammed the door.”)

Both hilarious and touching: this is not the first nor the last plate thrown. Tikhon knows precisely the plate’s trajectory at such a moment; Prince Bolkonsky trusts that it will be caught.


“He flung away his plate, which was deftly caught by Tikhon.”

Andrei also thinks he can see through his wife, Mlle Bourienne, Pierre…can’t wait for him to encounter someone who challenges his vision.


“Prince Andrei smiled, looking at his sister, as we smile listening to people whom we think we can see through.”

There is no back story about Bolkonsky’s wife. Supposedly she died when Marya was very young. One wonders what she was like, and why the father and the son are unusually harsh about women. (Tolstoy, losing his mother at a young age, idolized her.)

The continuous presence of mirrors in the novel: I especially love that Pierre only watches others in the mirror instead of studying himself, which even Marya, the modest princess, does in today’s reading.


Pierre, who danced poorly, liked to sit in this little room of mirrors and watch how ladies in ball gowns…looked at themselves in the brightly lit mirrors, which repeated their reflections several times.

History in domestic setting: Julie writing in her letter about men going to war (her brothers, Nikolai), Marya giving a glimpse of the conscripts (“…the state [of] the mothers, the wives, the children of these departing men…the sobs on both sides”)

Bald Hills reflect Yasnaya Polyana, Tolstoy’s estate outside Moscow, which used to belong to his maternal grandfather, Prince Volkonsky. Tolstoy changed a letter in the family name and gave it to Andrei and Marya: Bolkonsky.

Count Bezukhov’s death: the first death in a novel with thousands to come. Eagerly awaited for, it makes a grotesque party, with guests indoors and undertakers outside. (And the candle placed in his hand, held in place by an old servant!)

The youngest princess “felt herself unable to look at [Pierre] without laughing.” I always wish she could come back more in the novel: a character with joy and spirit to laugh and be herself when the others are performing at a death party.

A character full of life doesn't have to make a lot of sounds in action. I feel conscious, not dragging my feet when I walk, after reading this line.


“The French doctor…went over to the sick man with the inaudible steps of a man in the prime of life.”

Day 5 | September 19
Volume I, Part I, xv-xvii. (From “Countess Rostov, with her daughters” to “letting out a long, deep breath and pushing up her sleeves.”)

A trinity of characters not following society’s rules and scripts: Marya Akhrosimov inspires respect and fear; Pierre, ridicule and fear (in Petersburg more than in Moscow); and Natasha, a fairy godchild and a protégé of the two.

Berg and Boris share an aspiration, but it is so much more fun to watch Berg, who even as a bore is endearing. Boris in his pursuit for wealth and fame is rather humorlessly perfect.


His conversation was always concerned with himself alone.

The first dance described at length in the novel belongs to two gray-haired people, in (that provincial city) Moscow. No one at Anna Pavlovna Scherer’s party in Petersburg seems capable of such joy—certainly not Hélène, with her marblelike shoulders.

Join us tonight for a virtual conversation about Tolstoy Together with Yiyun Li, Garth Greenwell, and Idra Novey at Politics & Prose. Registration and details here.

Vera, named after faith, the unloved, often rebuked, never perturbed daughter: she could carry her own novel, sparking a debate about unlikeable heroines.

Timeless is the mindset of an aspiring politician and social climber: Boris would prosper on Twitter, too.


Boris knew nothing at all about the Boulogne expedition, he didn’t read the newspapers… "The main thing in Moscow is the gossip.“

In the first 50 pages, Boris studies his face in the mirror; Vera tidies her scarf and hair in front of the mirror; Anna Mikhaylovna straightens her gown by the mirror. A recurring object, mirrors will bring some astonishing moments later in the novel.

Andrei calls Pierre “this bear,” and now Pierre finds his partner, a real bear, at the revel. 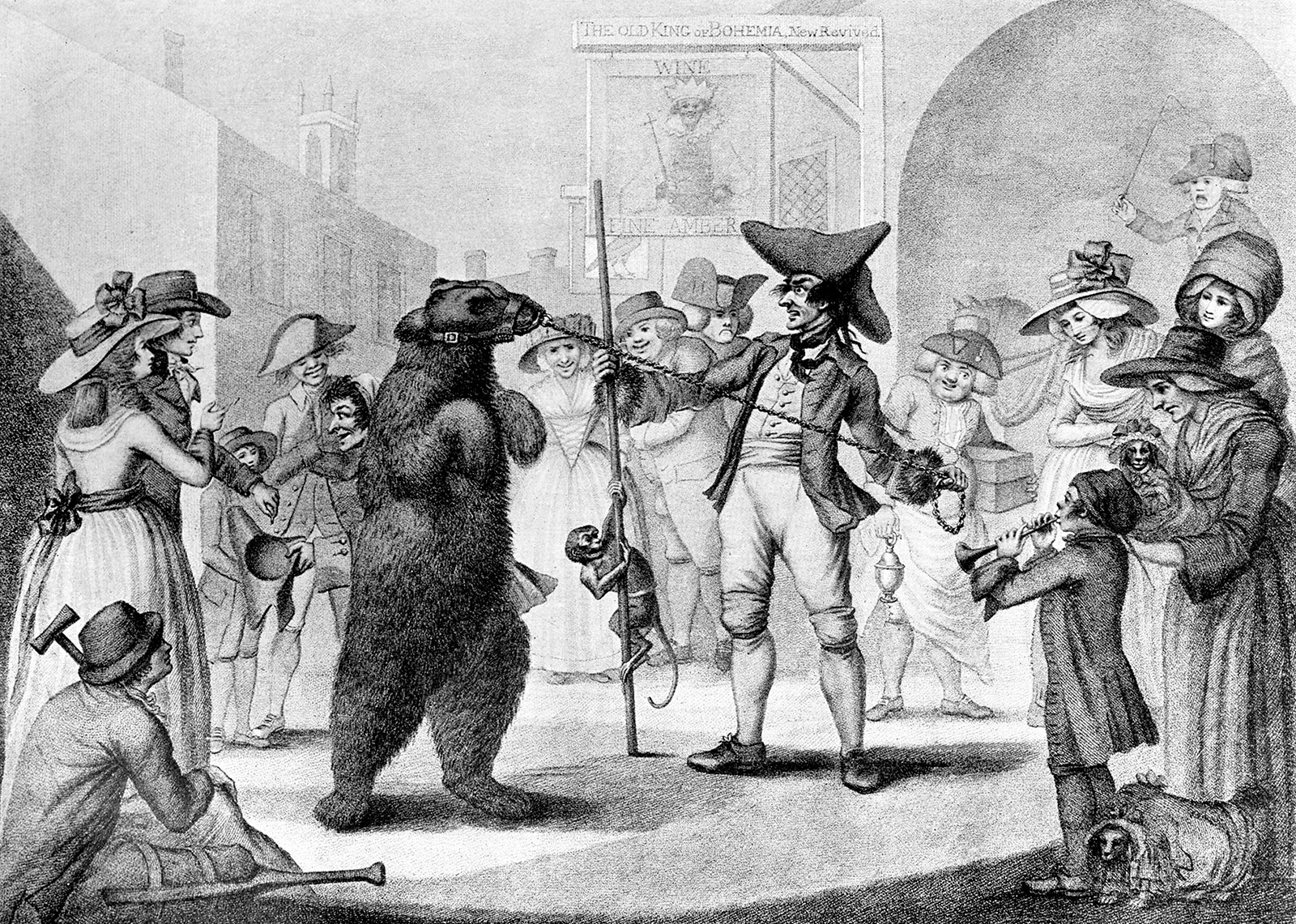 Key characters often first appear as heard/overheard characters: Kutuzov, the military figure Boris’s mother wants him to be attached to; Andrei, the husband of the Little Princess; Natasha, heard by the guests and the readers alike before entering.

Different approaches in translations about cousinly love: P/V leave the French untranslated, supplying the footnote “cousinhood is a dangerous neighborhood”; Briggs adapts the saying into: “Cousins, cousins, trouble in dozens.”

Hélène has a limited repertoire as a performer, her “statuesque shoulders” being a major device. And yet it seems to always work effectively. An audience without much imagination cultivates a performer with even less imagination.

The argument between Andrei and the Little Princess, with Pierre, who loves them both, as a witness: a civil war within a marriage, even bloodless, is chilling.

The P/V vs Briggs translation (which translated the French dialogue into English)—the former forces my mind more attuned to language, esp the switching on and off of French; the latter brings the scenes into a sharper focus, though a tad too easily.

The opening of War and Peace is always a thrill to read. The characters, some essential ingredients, some garnishes, are all participating in the party alike, yet each is calculating, troubled, and unhappy in his or her own way.

Anna Pavlovna: an orchestra conductor with a tuning fork for ears, a florist with eyes sensitive to patterns, a top chef, or—to follow my own heart—the best editor, with light but resolute touches that work magic: rearrangement is key!

Tolstoy, at nineteen, set up rules for his social life. One can see he still had a long way to go to become Anna Pavlovna or Pierre.

Rules for society. Choose difficult situations, always try to control a conversation, speak loudly, calmly, and distinctly, try to begin and end a conversation yourself. Seek the company of people higher in the world than yourself.
—Tolstoy’s diary, June 14, 1847

« A Portal to More Art