Share:
Read and discuss War and Peace with Yiyun Li and A Public Space. Starting March 18, join us for a free virtual book club—a moment each day when we can gather together as a community. #TolstoyTogether.

In these unsettled times, like many of you I have been looking for substance in my bookcase. One doesn’t need to look far—there sit the books by Tolstoy, “the master-recorder of realities,” as Stefan Zweig describes him.

In these coming weeks and months, when every one of us has to turn ourselves into a master of living through a harsh reality, I wonder if I could invite you to read and discuss War and Peace with me. I have found that the more uncertain life is, the more solidity and structure Tolstoy’s novels provide. In these times, one does want to read an author who is so deeply moved by the world that he could appear unmoved in his writing.

War and Peace is a perfect book to read together for the duration of our necessary isolation. My edition (translated by Richard Pevear and Larissa Volokhonsky) is about 1,200 pages. It will take us about 30 minutes to read 12-15 pages a day (much less than the time many Americans spend on social media), and we will finish the novel in three months—just in time for summer, and with our spirits restored.

Ever yours,
Yiyun Li

How It Will Work
Beginning Wednesday, March 18, I'll select a passage to share with you here as well as on A Public Space's Twitter and Instagram accounts. We hope you'll share your thoughts and responses, and ask questions too. We'll be using #TolstoyTogether to organize the ongoing conversation. There will also be a weekly newsletter, sharing an overview of the week's reading, including highlights from our conversation.

Perhaps when we say we live in history, it means we live in shared disbeliefs rather than individual ones. —Yiyun 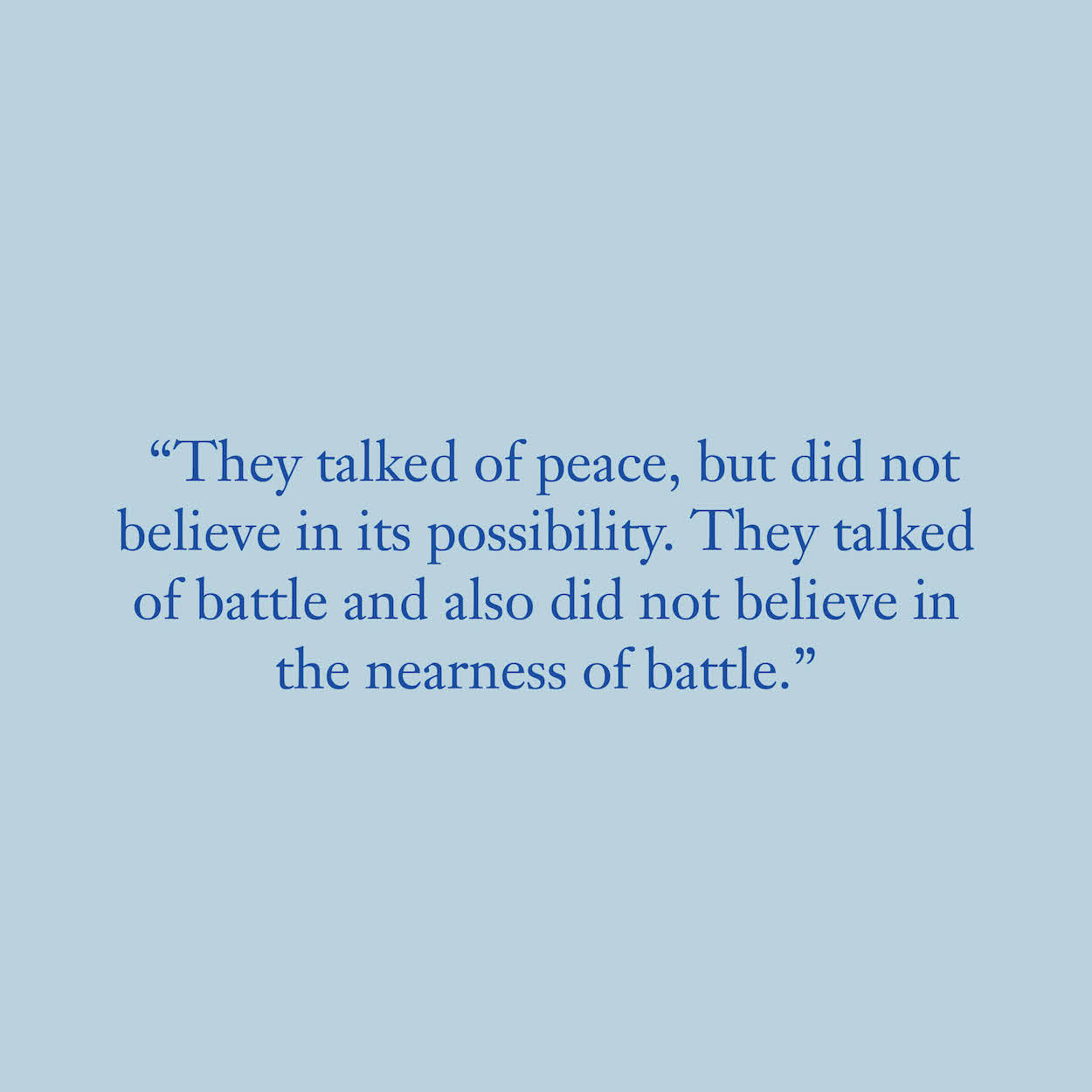 “Prince Andrei smiled involuntarily” in the presence of Captain Tushin. Some people inspire awe. Others, jealousy. The best ones are those who make us behave unlike ourselves. —Yiyun 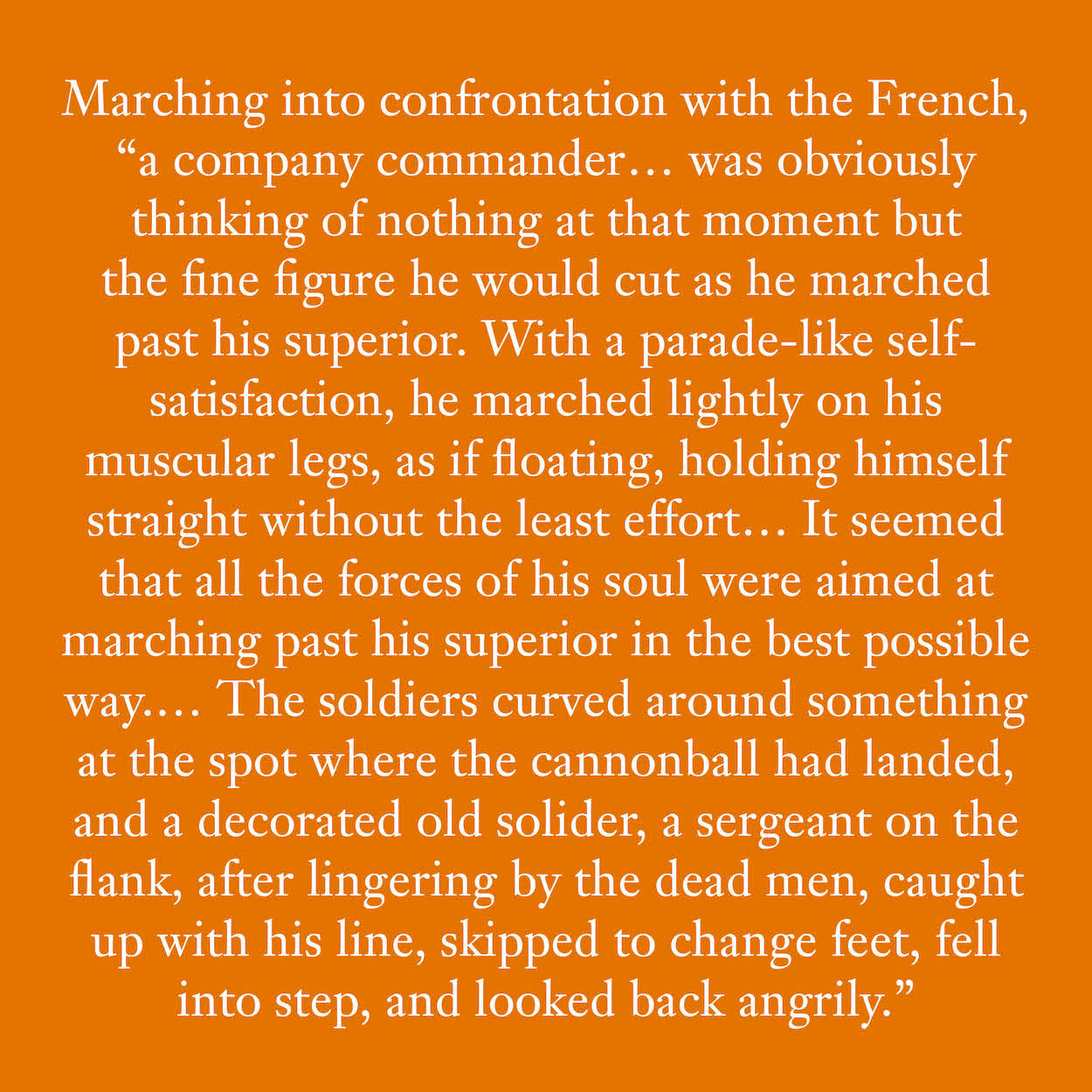 “His thin, drawn, yellowish face was all covered with deep wrinkles, which always looked as neatly and thoroughly washed as one’s fingertips after a bath.”

I don’t understand Tolstoy today. Bilibin is 35, and lives comfortably. Who loans him this face? —Yiyun 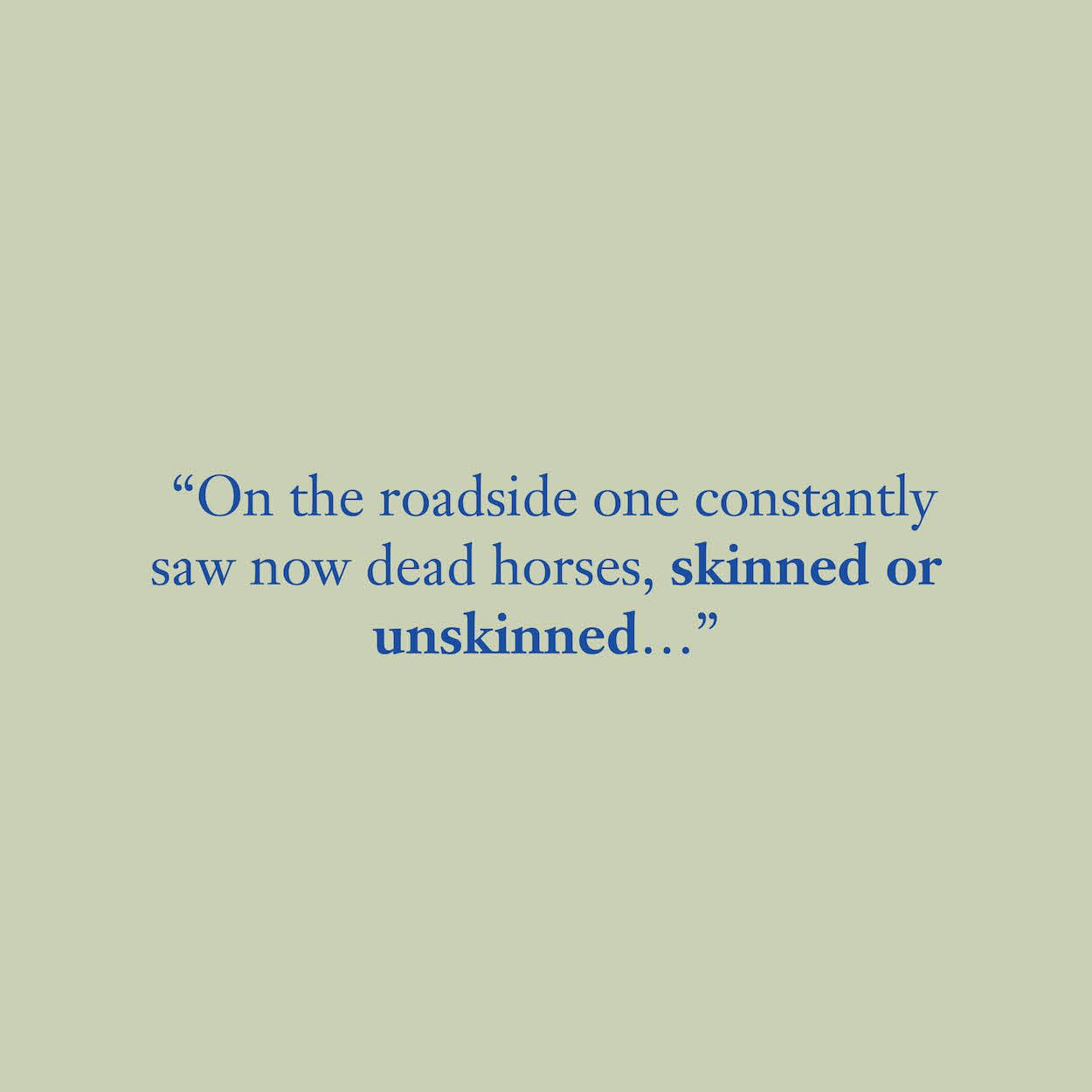 Rostov, sent with his colleagues to set fire to the bridge, could not help “because, unlike the other soldiers, he had not brought a plait of straw with him.” One has to have a soft spot for a boy so bravely playing in a man’s game. —Yiyun 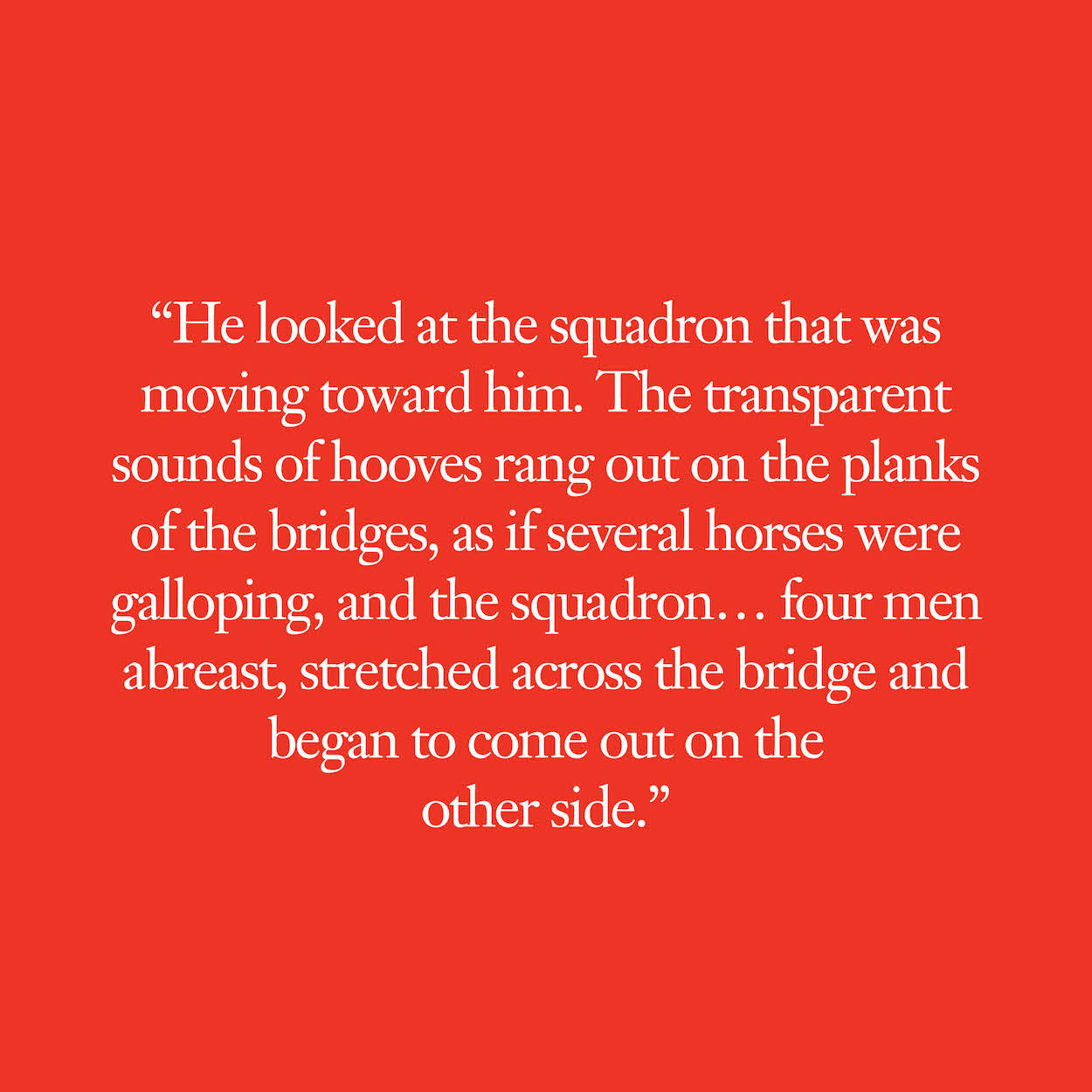 The first death in the war, giving the colonel a chance to love his own words. —Yiyun

Day 10 | March 27
Reading: Volume I, Part II, iv-vii.. From "The Pavlogradsky hussar regiment" to "Put a stick between your legs, that'll do you for a horse."

Despite marches, reviews, battles, retreats, tableaus of historical figures and their fictional subordinates, Tolstoy never lets out of sight Prince Andrei and Nikolai Rostov, who carry the chronology of the war between them. –Yiyun

The Russian officers’ approval of the infantrymen ransacking a village, their jokes about violating the nuns: the civilians' fates are treated with light—almost jesting—touches until the French army enters Russia. –Yiyun

There must be a word in German to describe this effect? The legato of the scenery to the arresting note of the mounted patrols of the enemy, already within sight.— Yiyun 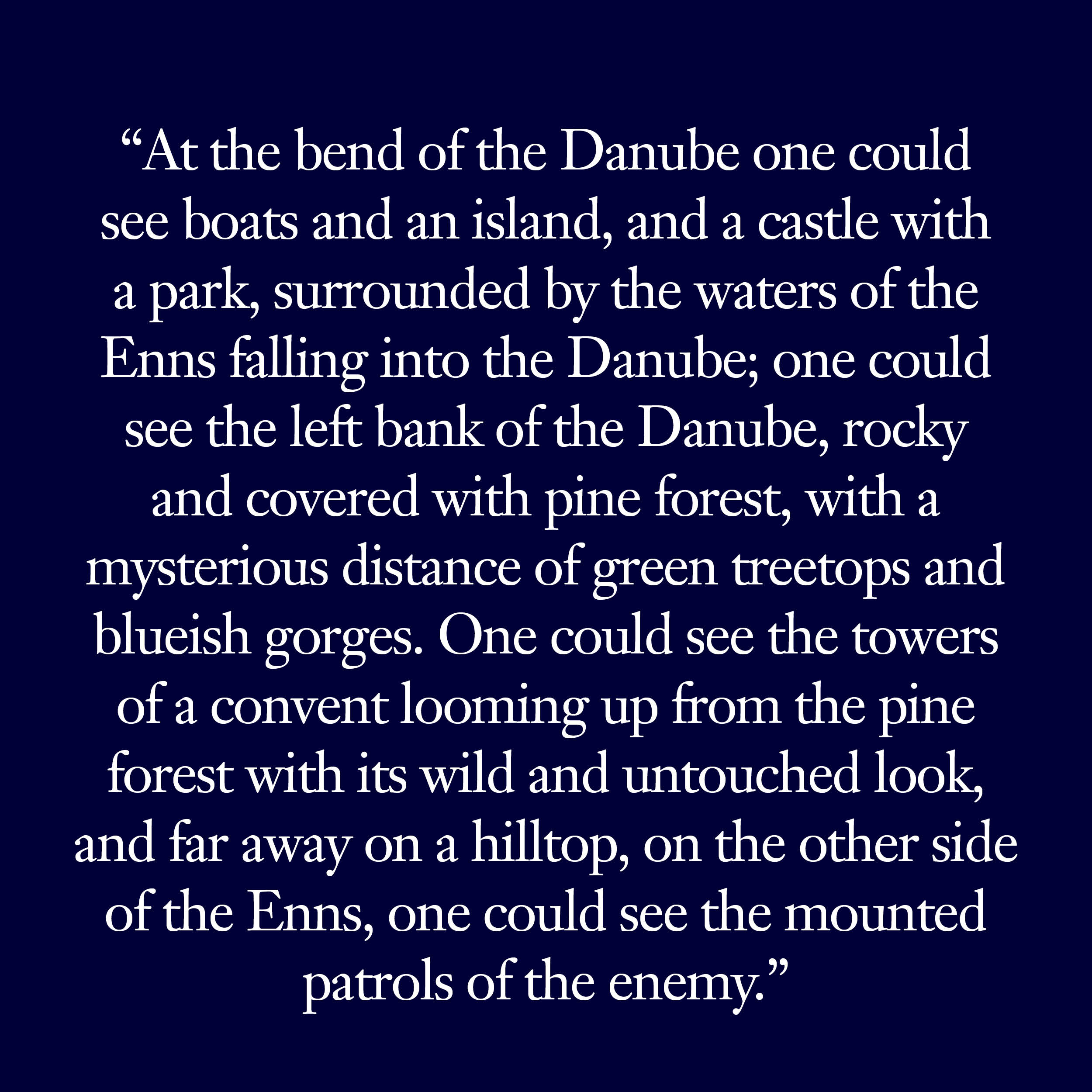 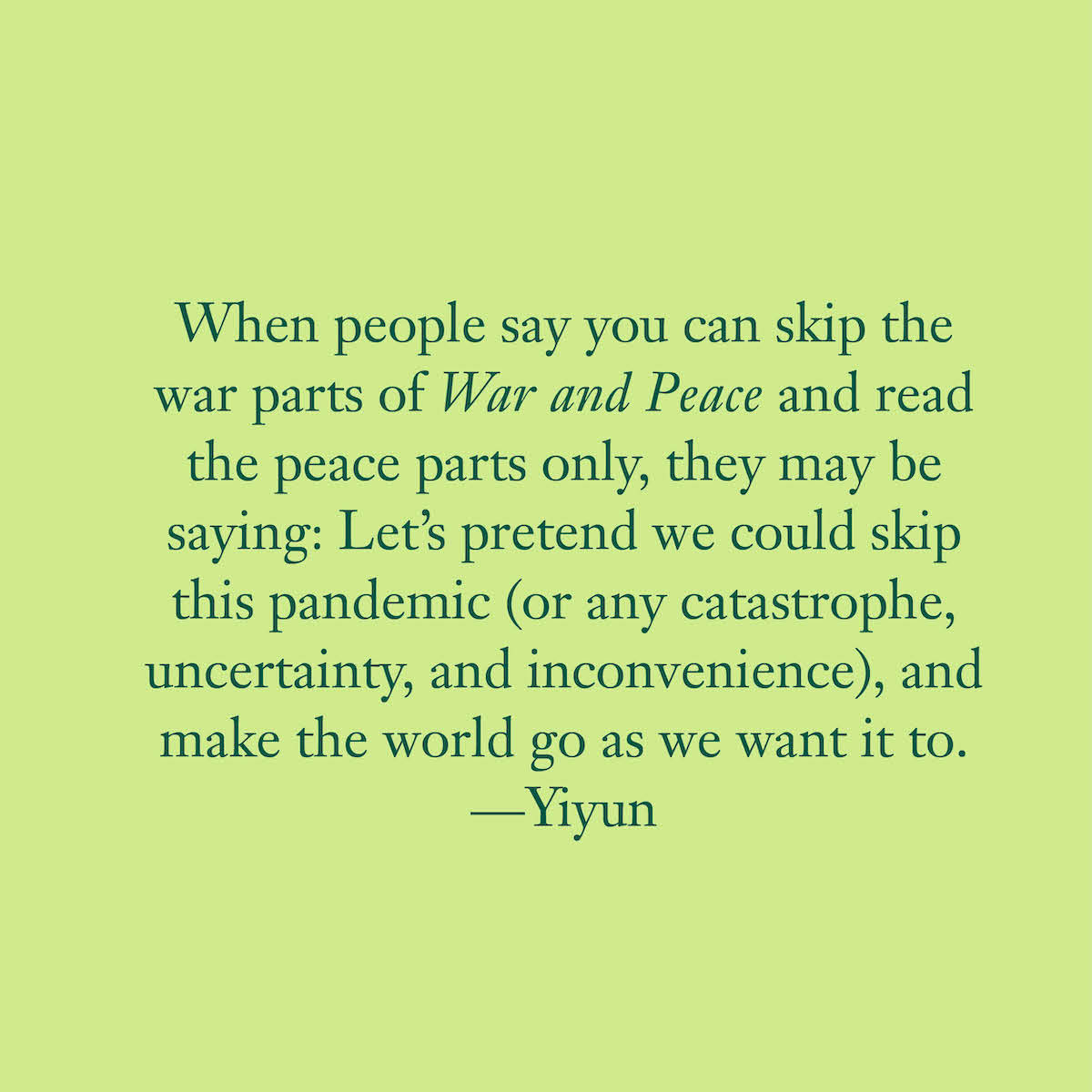 Just as battles played out in the drawing rooms, the battlegrounds turn themselves into drawing rooms. Kutuzov knows more than anyone that the army is just another soiree, and everyone has to stay predictable. —Yiyun 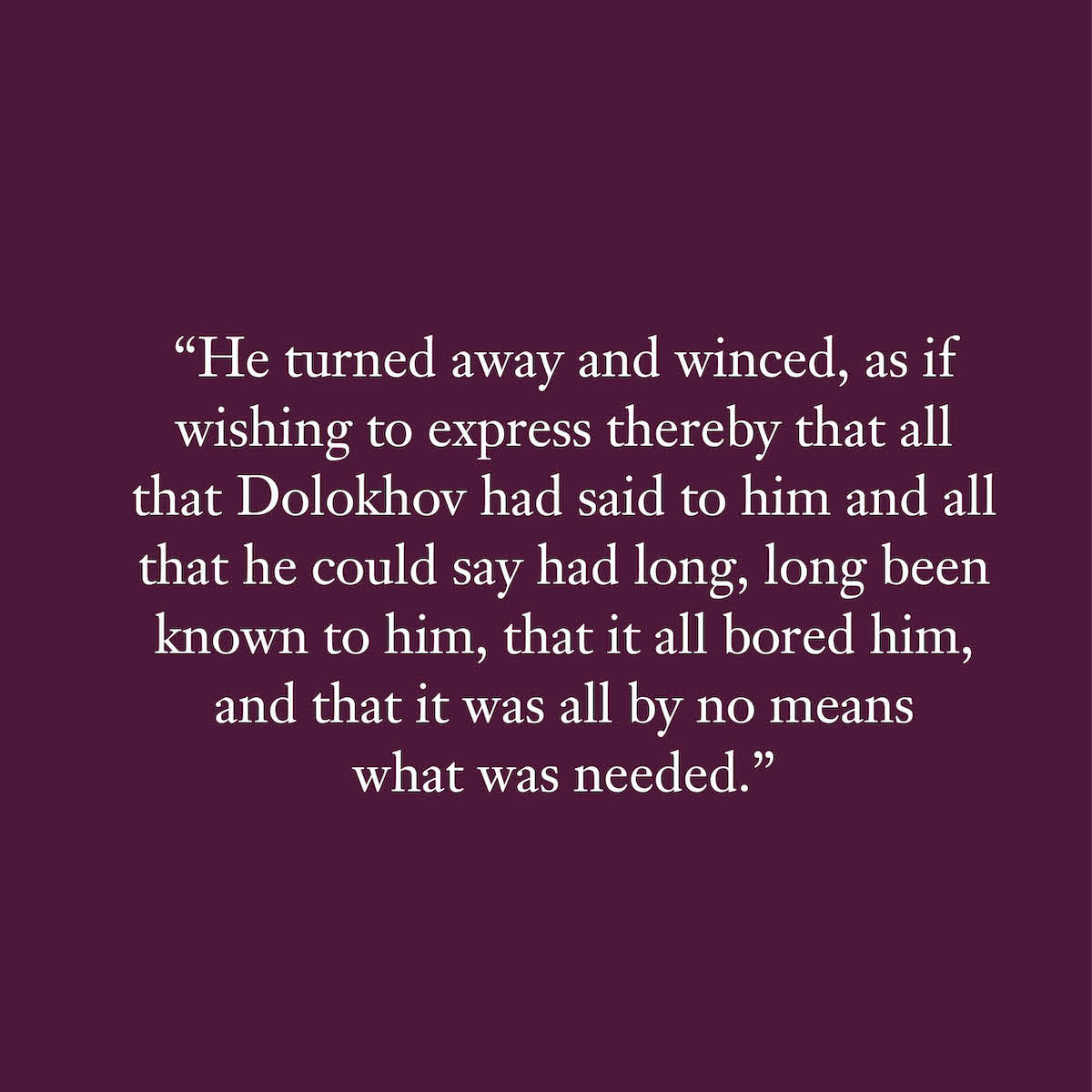 “You are looking at the unfortunate Mack.”

Tolstoy suspends his narrative omniscience when he wants a character’s entrance to be dramatic. Mack shows up as Natasha does, causing a gasp somewhere. –Yiyun

Day 8 | March 25
Reading: Volume I, Part I, xxiv-end of Part I.. From "At the appointed hour" to "shook his head reproachfully, and slammed the door."

Every talker stands on the shoulders of a “wordless” character. –Yiyun 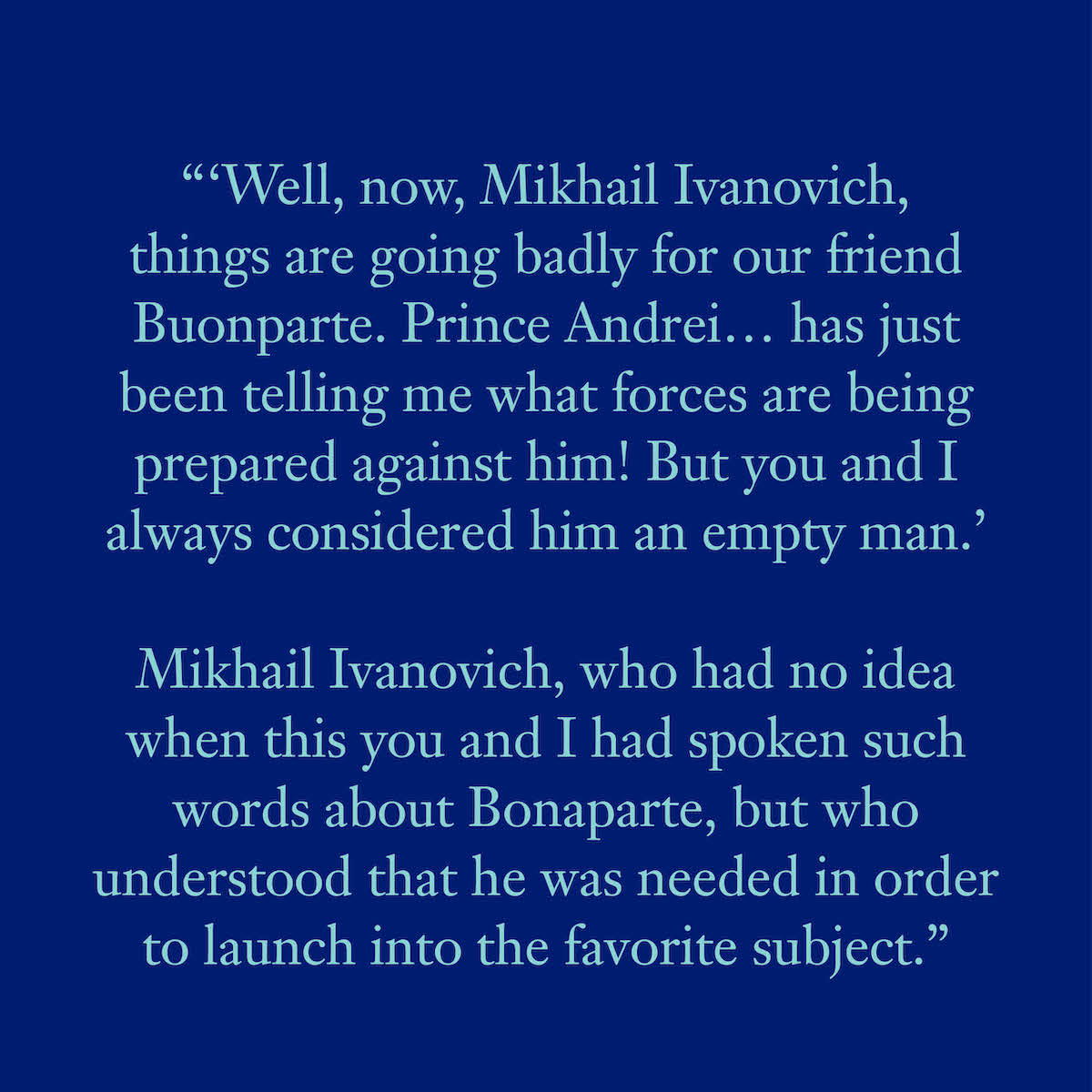 Old Prince “flung away his plate, which was deftly caught by Tikhon.” 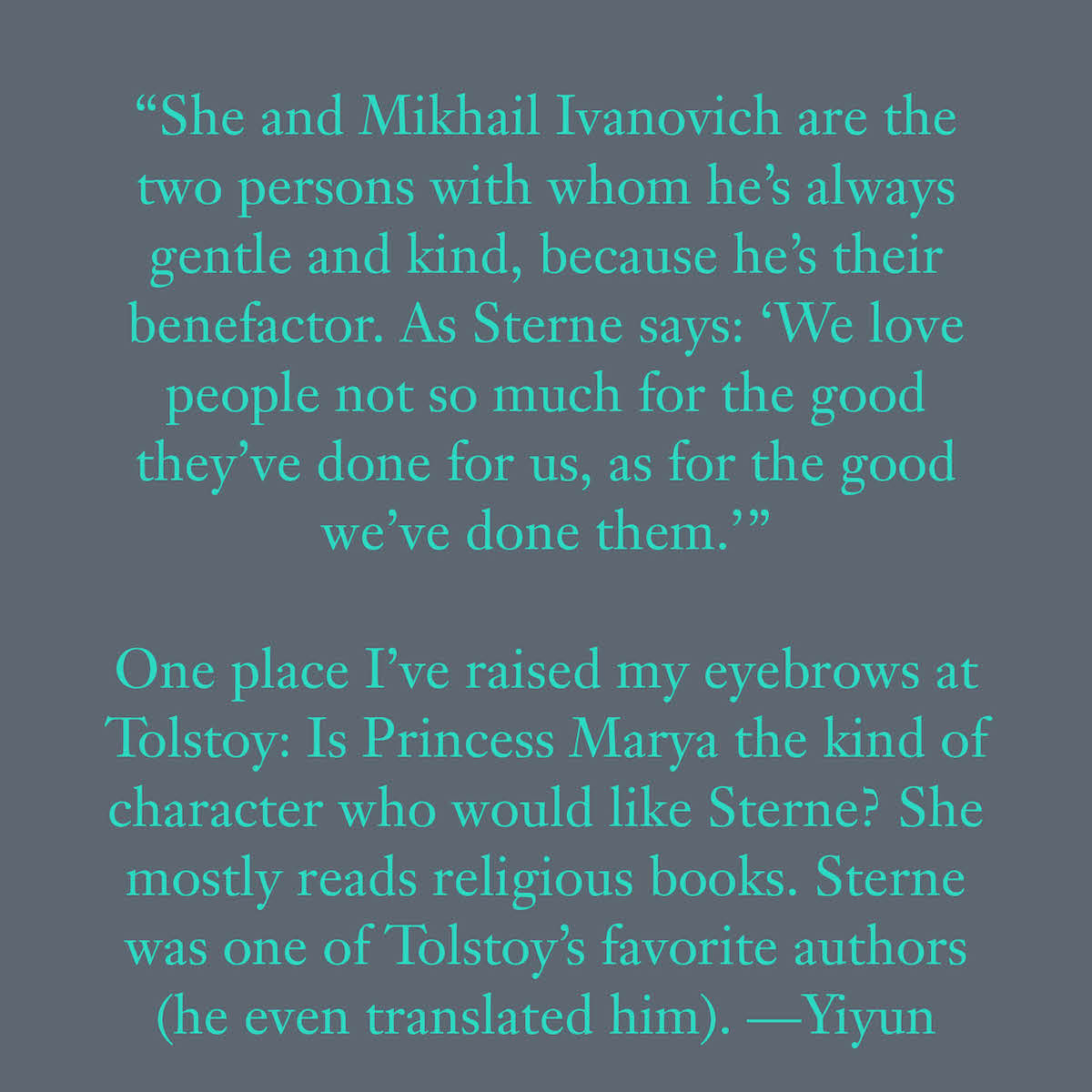 The only match for Anna Mikhailovna is Princes Vassily. Such a pity he didn’t court her, but courted her best friend (Countess Rostov) instead. If only they two were a couple—what wouldn’t they have snatched from the world? —Yiyun 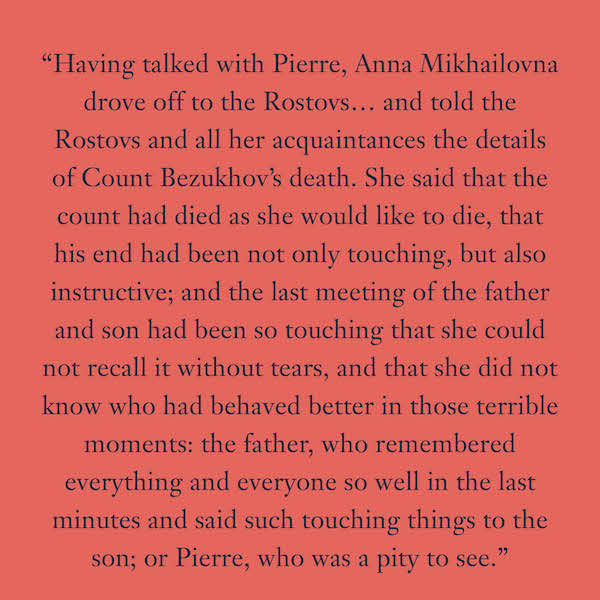 “‘Well, aren’t you a fool!’ shouted the prince, shoving the notebook away, but he got up at once, paced about, touched the princess’s hair with his hands.”

Julia Karagin’s letter saves us from having to read ten more chapters of how Old Count Bezukhov’s will get sorted out. A good gossip is good assistant to a novelist. –Yiyun

The death of old Count Bezhkhov leads to the first real war in the novel. Bloodless battles are often fought more heartlessly than bloody ones. One feels internally wounded just by reading. —Yiyun

“Outside the house, beyond the gate… undertakers crowded in anticipation of a rich order for the count’s funeral.”

“He went over to him, took his hand, and pulled it down, as if testing whether it was well attached.”

Waiting for his father’s death, twice Pierre is described with both hands on his knees, “in the naive pose of an Egyptian statue.” —Yiyun 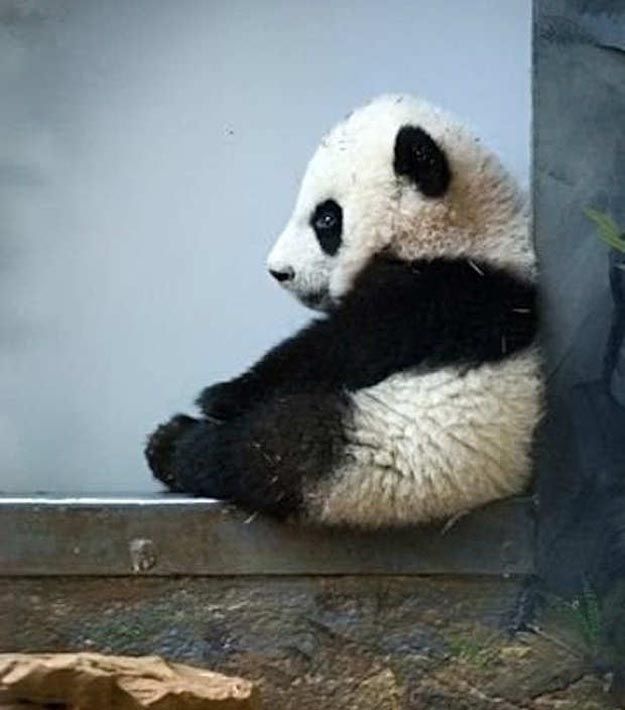 Day 5 | March 22
Reading: Volume I, Part I, xv - xvii. From "Countess Rostov, with her daughters" to "letting out a long, deep breath and pushing up her sleeves."

“The most agreeable occupation… was the position of listener, especially when he managed to set two garrulous interlocuters on each other.”

I very much share Rostov’s preference: winding up two jumping frogs is better than being wound up + made to jump. —Yiyun

Berg cheers me up: I hope (?) I haven’t reached a point for Tolstoy to lance me with his words.—Yiyun 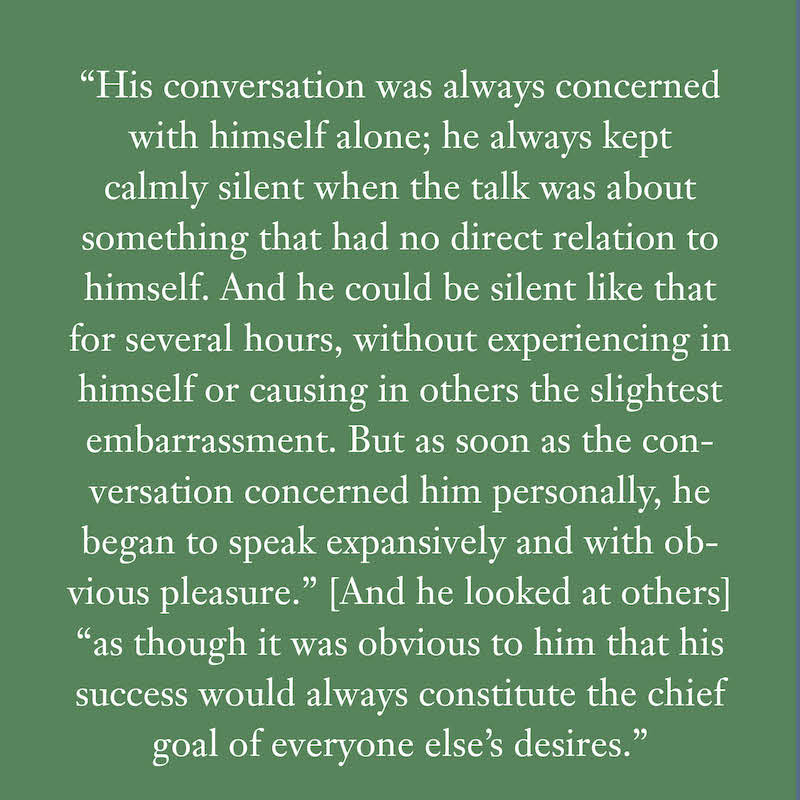 “The guests try to guess from these glances who or what they are still waiting for: an important belated relation or a dish that is not ready yet.”

Be late, or be complicated—an encouraging motto for all procrastinators. —Yiyun

The prototype of an Instagrammer? Still, I love that the paragraph ends with “love of knowledge.” And I shiver how Tolstoy makes a character transparent. —Yiyun 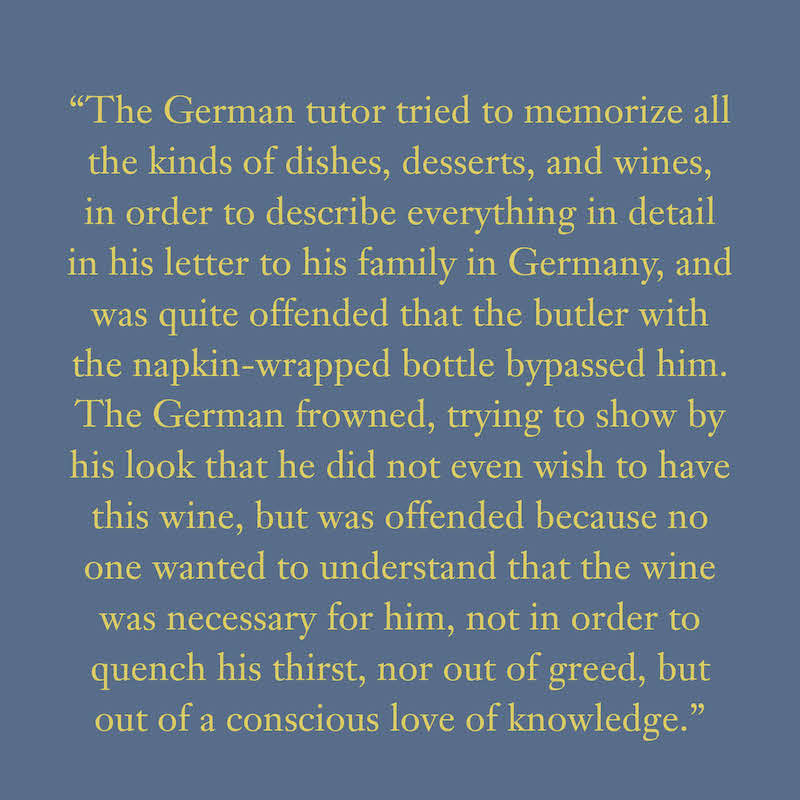 “You’ve never loved anybody, you have no heart, you’re just a Madame de Genils,” Natasha says to Vera.

Such an insult to Madame de Genils (a writer, perhaps even a good one!) to be compared to the unloved and loveless Vera.—Yiyun 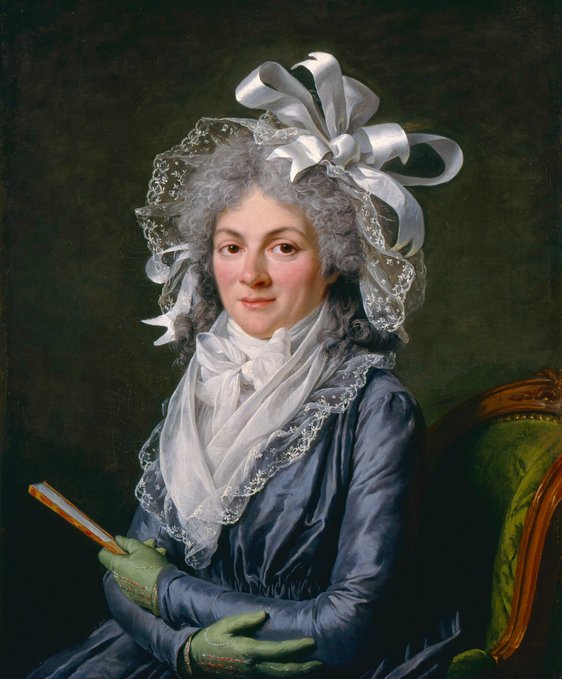 Mirrors: Boris studied “his handsome face”; Vera “her own beautiful face.” LATER, Moscow burning: “The yard porter stood in front of the big mirror, marveling his smile spreading across his face in the mirror.” His first time to see himself in a mirror!—Yiyun

“Pierre had not managed to choose a career for himself in Petersburg.”

A perfect opening to a short story. —Yiyun

One of the best war strategists in peace time. —Yiyun 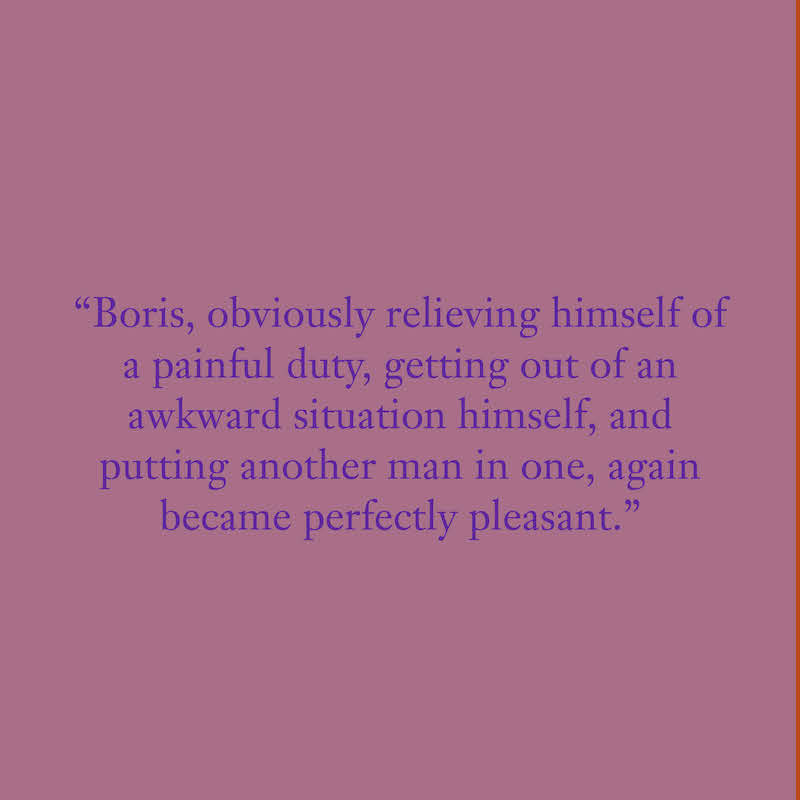 One of the most touching moments between two unsympathetic characters. —Yiyun 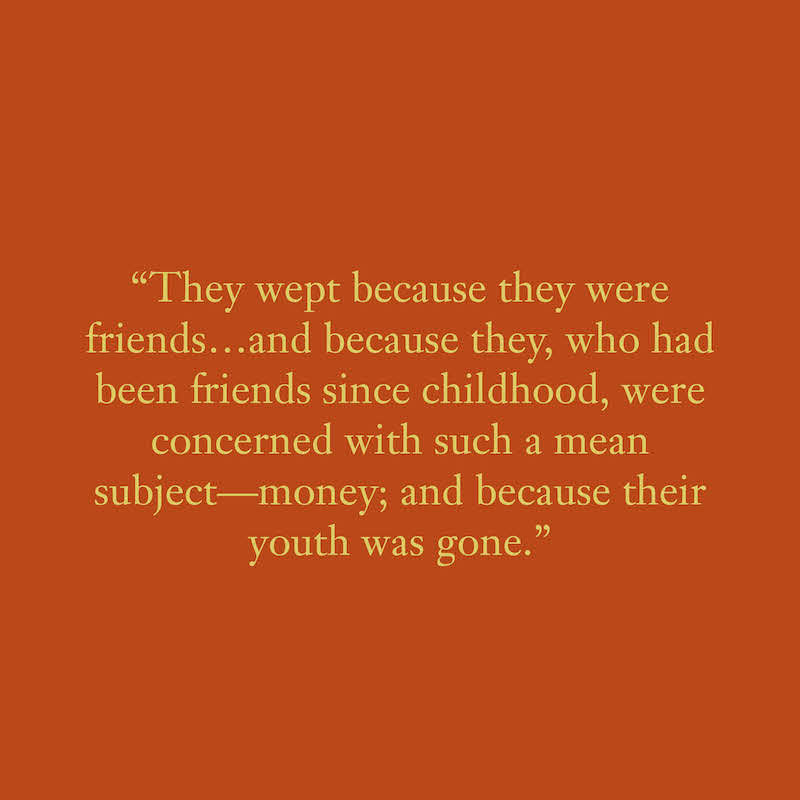 Prince Andrei married Lise Meinen. Vera’s beau is Berg (who later will take pride of his German lineage.) A question for the knowledgeable people: what is the history of German presence in Russia in late eighteenth century? —Yiyun

I always think of Paul Lisicky when I read the bear scene. I hope he likes that Pierre (who is called a bear by Prince Andrei) waltzes with a young bear.—Yiyun

My Ukrainian masseuse and I often discuss Tolstoy. Once, I asked her where the bear in the carousing scene came from. She said they must’ve stolen the bear from a circus. I said, Oh, I didn’t think of that.

“What did you think? That bears walk around in Moscow, and they grabbed one off the street?” I thought people would go bear hunting. She said, “In that case, you’d only get a dead bear.”—Yiyun

Countess Rostov had 12 children, but only 4 are alive when the novel opens. Tolstoy only mentions this once (but the lost ones are ever present in what she does).—Yiyun

This is why one likes Pierre. He asks questions everyone wants to dismiss as silly, and yet no one (not even Prince Andrei) can answer them well.—Yiyun 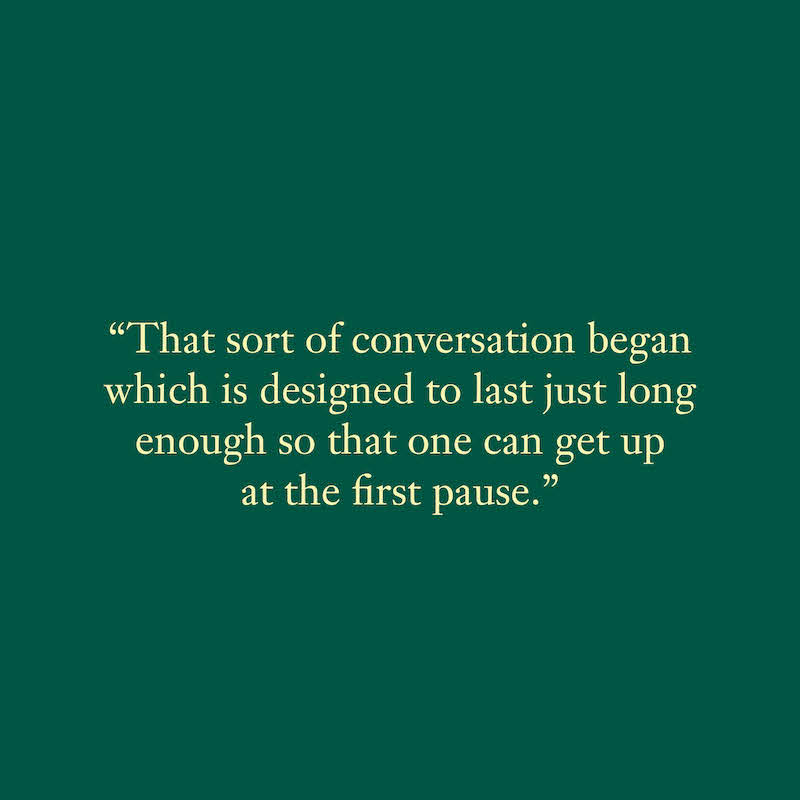 “The sound of several men’s and women’s feet running to the door, the crash of a tripped-over and fallen chair, and a thirteen-year-old girl ran in.”

Tolstoy slyly puts a veil over the omniscience so we are the guests now, not knowing… and waiting to see… Natasha. —Yiyun

Not quite an answer to your question: at Yasnaya Polyana, Tolstoy's bed was smaller than my son's single bed; his desk and chair were minute. He was 5'11" but the chair, very low, didn’t look comfortable enough for anyone over 5’2".—Yiyun 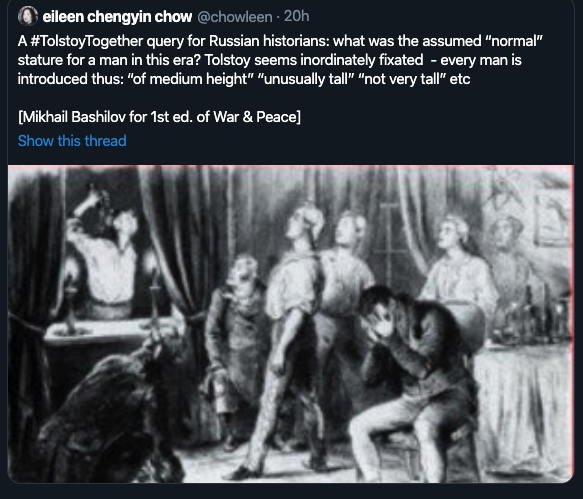 “He did not, as they say, know how to enter a salon, and still less did he know how to leave one.”

Pierre reminds me of Winnie the Pooh, and is as dear to me. —Yiyun

Minor characters in War and Peace are never boring. Tolstoy’s footmen remind me of Rebecca West’s description of a butler: “As a Shakespearean courtier by moving a couple paces away…with an air of withdrawing to another part of the forest.” —Yiyun

What is wrong with Prince Andrei? I never quite understand why he marries Lise. Though I have a feeling Kierkegaard would feel sympathetic. (Plagiarizing myself, from an interview with FinancialTimes.) —Yiyun

Dear Friends, Let’s go—slowly, without rushes, without impatience, without fatigue, without weakness. With some random thoughts from me and many more from you. —Yiyun 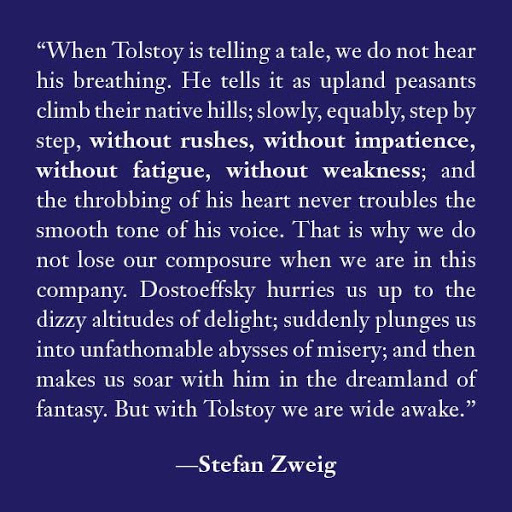 The skills of a successful soirée hostess—I once told a friend I learned how to host a party from the opening of War and Peace.

“Watching out for an idle spindle or the odd one squealing much too loudly.”

Anna Pavlovna, the hostess, presents the good viscount as a piece of beef. From a dirty kitchen! 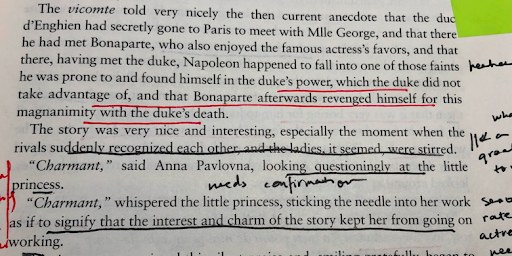 The poor aunt—doesn’t she remind us of Freddy Malin’s mother in Joyce’s “The Dead,” placed at “a remote corner.” In every party there is an unnecessary and inconvenient guest.

One who reads Tolstoy always borrows from him! See Downton Abbey: Prince Vassily loans his surname, Kuragin, to the Russian prince who almost elopes with the Dowager Countess. Kuragin plays chess with his friend Nikolai Rostov, the namesake of Natasha’s brother. 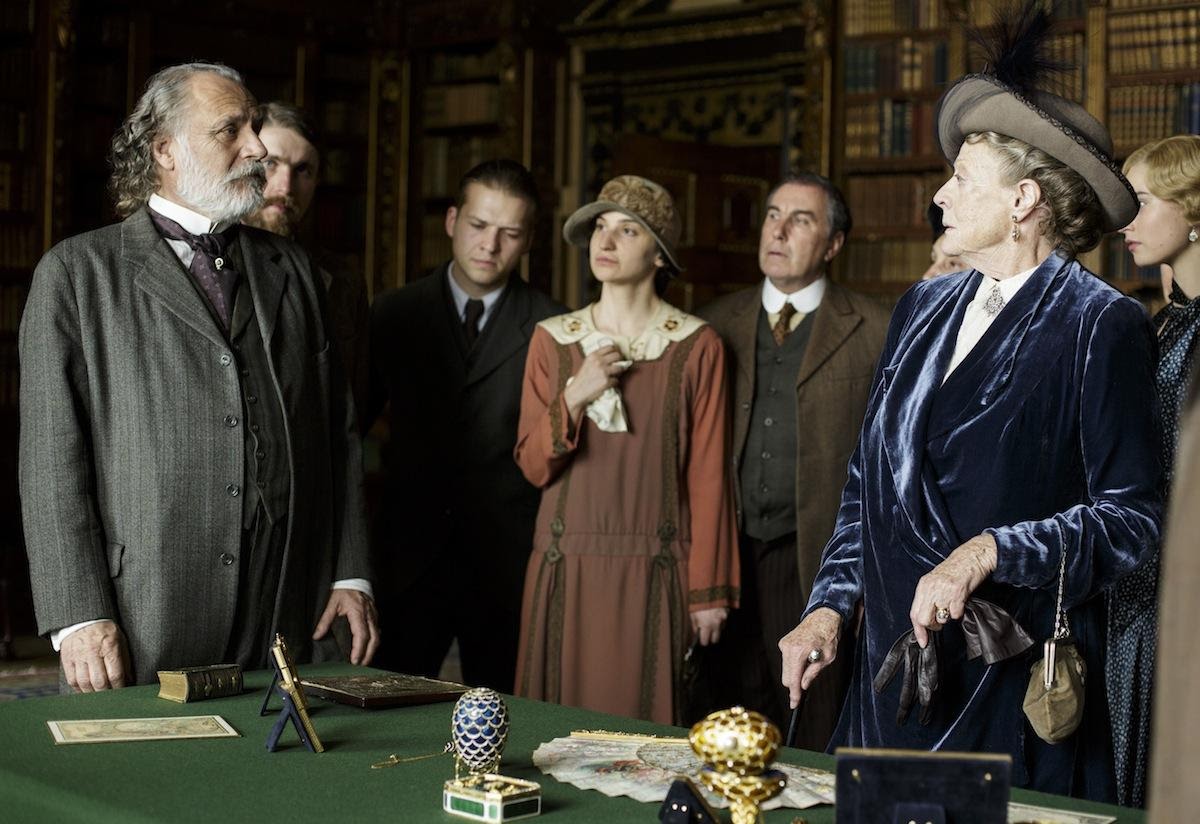 Now that we can’t go to parties, what is your favorite party scene to read?

Where to Get Your Copy of War and Peace
Any translation will do; we'll be reading from the Richard Pevear and Larissa Volokhonsky translation. To prepare for the start of the book club on Wednesday (and support your local independent bookstore), order your copy (print or e-book) here or here or an audiobook here. Your public library might also have copies (print and e-book) available too. For anyone unable to access a book, a free PDF is available through on Manifold (courtesy of Elliott Stevens) here here and on Project Gutenberg here.

The 2020 A Public Space Writing Fellows »