As a practicing poet, I keep coming back to look at Szymborska’s combination of inventive syntax and plainspoken language eg: her use of periods in “Lot’s Wife,” which I mentioned before. Easy to see it again in the little poem “Divorce.”

Reading the ending of this piece, I am reminded of Isaac Babel’s statement that "no iron spike can pierce a human heart as icily as a period in the right place."

I love the short poem “Chains.” Published in Szymborska’s final collection, it echoes early work. Remember “Brueghel’s Two Monkeys,” that clinking of the chain? Here we are again, 50 years later: who is being examined now? what has changed, if anything?

“A scorching day, a doghouse and a dog on a chain.
A full dish of water a few steps off.
But the chain is too short and the dog can’t reach.
Let’s add one more detail to the picture,
the much longer,
less visible chains
that allow us freely to pass by.”

“Identification,” another late poem, is also one of my favorites. I am especially moved by the final three lines, how they make the language go haywire to show the human distress:

“It’s good you came, since it was cold there,
and him just in some rubber sleeping bag,
him, I mean, you know, that unlucky man.
I’ll put the Thursday on, wash the tea,
since our names are completely ordinary—”

“Vermeer” is a lovely lyric. I feel it enters into conversation with Czesław Milosz’s well-known “A Song on the End of the World.” In her prose book, Nonrequired Reading, she describes hearing him read not long after WWII. Echoes. Echoes.

Here is Szymborska’s “Vermeer.” It is one-sentence long. A bit of solace, a fitting poem to end this conversation:

“So long as that woman from Rijksmuseum
in painted quiet and concentration
keeps pouring milk day after day
from the pitcher to the bowl
the World hasn’t earned
the world’s end.” 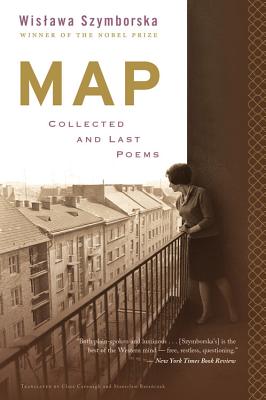