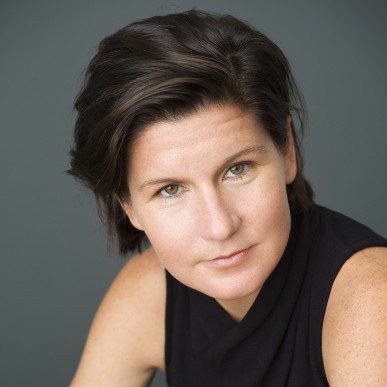 Lynn Steger Strong is the author of the novels Hold Still (Liveright), Want (Henry Holt), and Flight (Mariner). Her nonfiction and criticism have appeared in the New York Times, the Guardian, the Los Angeles Times, New York, TIME, and elsewhere. She teaches writing at Columbia University and Bates College.

Structure
One of the few absolute truths I believe about writing is that you have to get to the end before you can really start, that you have to understand the whole before you know how best to build and tweak the parts. Almost always, when a scene doesn’t work, and especially an end, the answer to its flaws lie not only in that specific closing scene, but in all the moments leading up; when a middle doesn’t work, it’s because the beginning or the end aren’t quite serving it. In this class, we will look at Lorrie Moore’s “Dance in America,” a near perfect short story (I think), in part because so much of its perfection arises from its structure, because the ending works not only because of its force, its precision, the image where it lands, but because every sentence leading up has prepped us for the power of that scene.

Where are the classes and workshops located?

Currently, all Academy classes and workshops are held online on Zoom.

I registered but didn't receive a link. What do I do?

You will receive an email from .(JavaScript must be enabled to view this email address) one week prior to the start date of the class with materials and a link to join the meeting. Please contact Megan Cummins if you don't receive this email.

Can I receive a recording of a past or upcoming workshop or class?

No. The only way to attend a workshop or Master Class is live.

Scholarships are available for all Master Classes. We don't currently offer scholarships for workshops. To apply, please email .(JavaScript must be enabled to view this email address) with the subject “Master Class Scholarship Application” and include 1) a short statement outlining your interest in this class, and how a scholarship would benefit you as a writer or a reader; and 2) a short bio. Scholarships are awarded on a rolling basis.

Yes. Otter.ai live notes are available for all Master Classes, and on a case-by-case basis for workshops. (If you are signed up for a workshop, please discuss closed captioning with your instructor.) To view the notes, look for the red LIVE dropdown menu in the top left of your Zoom screen and select View Stream on Otter.ai.

The Master Class or workshop I want to join is sold out. Is there a waitlist?

Yes. Please email .(JavaScript must be enabled to view this email address) to be added to the waitlist for an upcoming Master Class or workshop.

I signed up for a class but can't make it. Can I be refunded?

No. Please be aware of our cancellation policy upon registration.

I'd like to transfer my registration to someone else. Is this possible?

Yes. Please contact .(JavaScript must be enabled to view this email address).

If you need to cancel your enrollment in an Academy class, please let us know as soon as possible. We can only offer full refunds if you cancel two weeks prior to the start of class. After that, before the start date of class, we can offer a 50% refund. We cannot refund day-of cancellations, and we cannot refund or partially refund tuition once the class has begun.